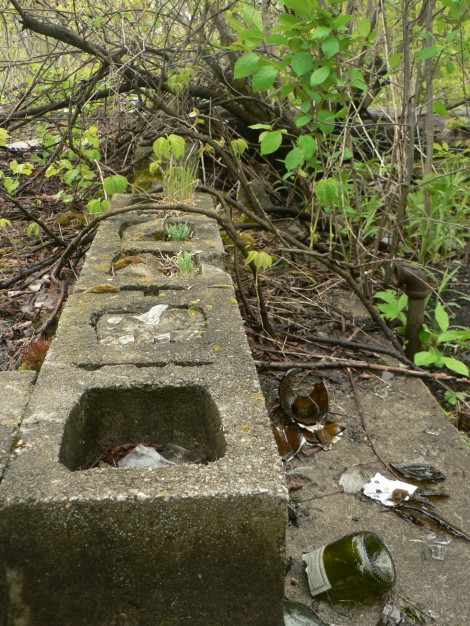 If we practice deep listening as part of building a relationship with the land, then we will begin to shift our focus to the natural world in our daily lives. It involves a shift away from paying attention to things like advertising, media, and each others’ clothing. It is also a shift out of our own heads to fully inhabit the world around us – there are trees to get to know on every street! Do you remember the many ways the sky changes throughout the day? Where does the wind come from? What creatures come out with the moon?

This article is part of a series called Towards an Anarchist Ecology.

We live in a city, as most people do. But the urban space is not one that’s typically thought of in terms of ecology. Too often, connecting with the land is seen as requiring an escape from the city to somewhere that’s supposedly more free, mirroring the colonial myths that drove many settlers to the wilds of the “new world” to begin with. Urban spaces are important sites of resistance to the oppressive and destructive power structures that are based in cities. If people who care about the health of the wild focus their energy only on defending spaces that are considered pristine, or if they simply flee, then the movements to protect land are much weaker for it.

Developing an understanding ofurban ecology means we need to learn to see the city as habitat, as a part of watersheds, and appreciate the ways that the healths of human and wild communities are joined.

If we can shift our understanding of cities to see them as ecosystems, then we can see ourselves and our communities as part of those ecosystems. And if we are part of those ecosystems, then it’s obvious that the health of human communities in cities is linked to the health of the land there. The other side of that coin is an important part of understanding colonization: genocide and ecocide are inseparable, that the killing of land and the killing of cultures is the same process. This is a big reason why Indigenous struggles for sovereignty are so often centered on land and development.

One of the most consistent responses we hear at our workshops is how liberating it is to be given permission to love the scrubby meadow beside the parking lot, or to get excited about the weeds coming up in your back yard. Remember when we discussed the process of succession? Even in the middle of downtown, the land is pushing towards greater health and biodiversity.

Where are the remaining sources of spring water? What directions are the toxic plumes moving through the ground water? Where are the large populations of deer bottle-necked? Where are the creeks that the fish still run? Who profits off those smokestacks and who gets cancer? Whose local forests are cleared to make way for a highway? Whose neighbourhoods see their green spaces expand, valued and protected?

We suggest that many social struggles, such as anti-poverty or anti-gentrification, could be similarly rooted in the land. In Hamilton, the poorest neighbourhoods, with the highest rates of respiratory disease are also the ones with the least trees. The wealthier parts of town enjoy better access to large conservation areas, while the few forests in downtown and the east end are growing in abandoned spaces and are not protected or valued in the same way. The toxic legacy of Hamilton’s waning industry also disproportionately affects broke communities, and the movement of that industry from the city leaves people with precarious income, which often means moving is not an option.

We tried to dig into these issues of poverty and gentrification with last spring’s workshop series, North-End Raccoon Walks. The North-End is a formerly industrial area of Hamilton – it’s where we live, and we wanted to celebrate the ecological health of its rewilding industrial spaces. This celebration helped us develop our understanding of succession, bioremediation, and habitat expansion, which is about embracing the opposite of tidy parks and pricey condos.

One aspect of gentrification in Hamilton has been mowing down the meadows of Goldenrod, Wild Carrot, and scrubby Cherry trees and replacing them with yet another field of neatly mowed grass. It involves cutting back the overgrown alleyways to make way for sparse planters that offer no food or habitat to birds animal and insects. It often looks like replacing big, mature, ‘unruly’ trees with sickly nursery seedlings, whose short life spans mean that the neighbourhood will never have a mature tree canopy. The workshops ended with a vision of taking and holding space in the neighbourhood with habitat-based bioremediation projects as a way of resisting development and the ‘cleansing’ that gentrification demands.

Our collective is pretty new to acting on ways to encourage this health. But we highly recommend starting guerrilla forest gardens and tree nurseries while dreaming big about what is possible. We get a lot of our knowledge and inspiration for how to do this from the books of a local botanist and medical biochemist, Diana Beresford-Kroeger. Her books discuss the habitat and health benefits of various tree species in a great vision of rewilding city spaces.

She refers to this vision as the bioplan. In Arboretum America, Diana describes the bioplan as a way of thinking that makes space for “the domatal hairs on the underside of deciduous trees harbouring the parasites for aphids. It is the ultraviolet traffic light signaling system in flowers for the insect world. It is the terpene aerosol S.O.S produced by plants in response to invasive damage. It is the toxic trick offered by plants for the protection of butterflies. It is a divine contract, to all who share this planet.”

Urban space contains more possibility than we are often allowed to imagine. Looking at cities in terms of ecology opens up new strategic and tactical opportunities for our struggles against the systems of domination, but it also just makes our lives better. We’d rather live in a world that celebrates the vibrant energy of tiny alleyway seedlings, coywolves, raccoons, insect pollinators, and the signs of rain on the horizon than in the stifling, materialistic, head-phone culture the managers of the city space seek to impose.