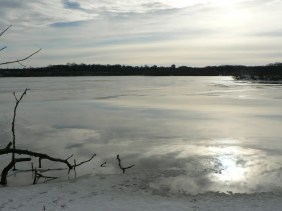 View over Cootes Paradise on a winter day

In this last article of our series Towards an Anarchist Ecology, after maybe sounding like we know a thing or two, we’d like to end with the idea of Unexpertness. The idea of expertise is a big barrier connecting with the land, alienated from our own experience. As if people with advanced degrees are more qualified than the rest of us to notice what is around them!

The opposite of expertise is not ignorance, it is humility and sharing. We don’t want to cultivate our own expertise, we want to generalize the practice of enthusiastically connecting with the land. We want to work hard and learn lots, but we don’t want to take on the baggage of “expert”. Anyone can get to know the land where they live, and the pressure of being an expert actually makes it harder to keep a playful and humble attitude.

In the early days of KLR’s existence, we attended a guided tree walk through the Strathcona neighbourhood of Hamilton. We were excited at the prospect of a community event dedicated to appreciating the local trees that do so much to make our neighbourhoods livable. But we were disappointed to find ourselves part of a disempowered mass of people passively trailing behind a white guy who did all the talking. Even when asked about something he didn’t know (“Does your definition of what counts as ‘native’ take into account the northward migration of Appalachian tree species that has been ongoing since the last glaciation and has continued since colonization?”) he still had to act like he knew. This pretty much guaranteed that he would be the only one at the event who didn’t learn anything, and why would anyone want that? 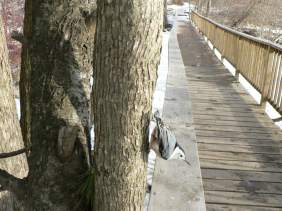 We’ve dedicated a lot of our work to not being that guy. As is laid out in more detail in the Learning from the Land Guide, we try to lead from behind. We want to trust each others’ knowledge and wisdom. In our workshops, almost all of the points we would want end up being articulated by our participants, if we can help create the situations for them to experience it. One example is a workshop held in a narrow forest remnant that experienced a lot of wind damage. We were of course very excited about the fallen trees and were full of facts about all the ways they create habitat. But before we could lecture about the percentage by weight of living matter in a dead tree vs a living one, folks came back from a sit-spot full of excitement about the universes of spiders, insects, and fungus they had been sitting on. 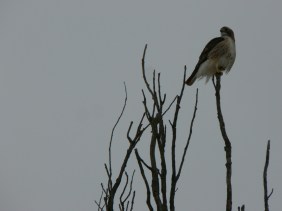 It can seem overwhelming to face our own alienation from the land, but we celebrate these beginnings as ways to start filling the gaping void of this society with meaningful connections and direct experience. These kinds of breaks with authority are a big part of what anarchy is about. When we realize for ourselves the ways that healthy plant communities prevent erosion, or how some flycatchers and other small birds can only breed in deep forest, or how the presence of invasive junk trees can actually make wastelands richer, these truths are filled with a passionate and irresistible urgency. They are not just abstracted facts to be either memorized or forgotten – they become a part of who we are as living creatures in the world. From these places, we are guided to act in a way that is rooted in anarchist ideas.

Unexpertness involves setting aside both our own pressures to be an expert and also the reverence we hold for those who claim that title. This has lead to challenging some less visible form of authority in nature loving spaces too… 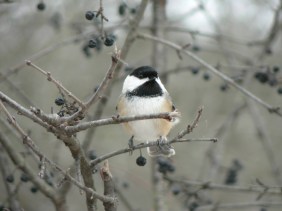 Black-capped Chickadee! We’re pretty excited about winter birds these days. How about you?

As we’ve said a few times in this series, that it’s important to resist jumping straight to big spiritual conclusions when you set out to build a relationship with the land. We want to observe and be critical, and we also want to speculate and imagine – but we especially want to be clear on which is which, and not treat our speculations as observations!

To claim unaccountable spiritual knowledge of what a plant or the land is saying to you without having a deep relationship with that land is expertly behaviour (not to mention colonial, as we discussed in Deep Listening). It is asking others to accept one’s perspective as true not based on its resonance with their own experiences, but simply on the authority of that person’s claimed special senses. 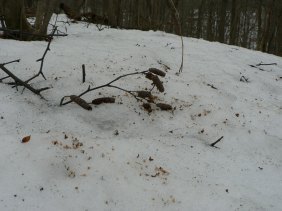 Someone’s eating birch seeds… It’s exciting to see birch seeds scattered in a sunny, damp spot like this, because it’s just the kind of place a birch would like to grow.

Because it requires a deep, longterm relationship, land-based spiritual knowledge resides with elders in many traditions. Elders are valued not just for the knowledge they hold, but for their experience of gaining that knowledge and for their ability to show how people can find it for themselves. However most of us, and especially settlers, do not have access to a wise older generation to learn from. We can definitely seek out people who’ve been tackling these issues for longer than we have, but with nearly all land-based cultures either destroyed or marginalized, often the best we can do is to mourn this lack and to embrace the process of exploring without a guide.

The Wilderness Awareness School presents field guides as a way to fill the role of elders but, this is quite a problematic idea. Nearly all field guides and naturalist references are written by white, conservation-minded, settler men. We do use field guides and value them greatly, but it’s important to distinguish here between useful information and genuine wisdom. We can draw information from field guides and similar books without accepting the methods and conclusions of their authors as being particularly wise.

Anarchist Ecology is based on relationships, so it makes no sense at all to compete, to hold back what we have, or to transform our passion for the wild into a commodity on the market. We love to create resources that others can freely use, to share facilitation skills and support others in doing similar work, and we want to give it all away for free, as part of ongoing struggles against capitalism and colonialism. 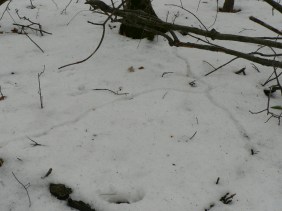 Like so much of what we’ve had to say in this series, Unexpertness is about keeping the land in the centre of your practice. The desire to be an expert is ego-centric, it brings the emphasis back on to ourselves. But it’s not about us knowing things, it’s about how it’s all already written on the land and we’re just learning to see it.

And so concludes our series, Towards an Anarchist Ecology. Rooted in relationships, cultivating deep listening, urban ecology, re-enchanting, and unexpertness, along with a fierce rejection of dominator ecology – thank you for coming with us as we tried to give some flesh to these starting points for an anti-authoritarian and anti-colonial knowledge of the land. To close of this series, we’d like to share another quote from Mel Bazil’s talk at the Victoria Anarchist Bookfair. Here, he’s commenting on the Unist’ot’en action camp’s requirement that guests to the territory ask permission before entering:

“It might feel out of place for you to ask permission to exist somewhere, but what you’re saying is, can I bring my knowledge, with yours, together, to share in the responsibilities in your lands? Because the people here have thousands and thousands of years of observation of how to exist with the land and with the biodiversity, and how to have a relationship with the water. We don’t own the water, we can’t put our name on it. […] We don’t own the land. We own our responsibilities to the land and to the water. That’s how I relate anarchy and Indigenous societies. We transcend rights, each of us.”

Leave a Reply to Knowing the Land is Resistance Cancel reply